FPGA engineers are in high demand throughout the world’s defense industry. Military technology has extreme requirements for reliability and efficiency, things that can be provided by an FPGA.

As an FPGA developer, you will always be working for companies with particular needs, because FPGA development is expensive and difficult. The arms industry has both the need and the money, and therefore employs a lot of FPGA designers.

Based on my master’s thesis, I got recruited for work at Kongsberg Defence Systems, Norway’s largest defense contractor. After five and a half years at the Missile Systems subdivision, I moved abroad and became a freelancer.

Let me share my experience about what it’s like to work as an FPGA engineer in the defense industry. I will try to give you an idea of what you can expect from a job in the industry, the pros and cons of it.

The above video shows a publicized flight test of the Joint Strike Missile, which is one of the flagship products of the company I worked for.

Let’s face it, there isn’t going to be less need for arms anytime soon. Judging by modern history, the defense industry would be one of the last industries to disappear.

There will be someone trying to create a weapon as long as there are more than a handful of people left on earth. Whether you think it’s right or wrong, good or bad, you would have to agree on that.

My educated guess is that most electronics in defense applications contain FPGAs. This includes not only weapons systems, but also supporting hardware like radio communication or computer networking. In other words, there will be plenty of work for you as an FPGA engineer.

As an FPGA developer in the defense industry, you will have no shortage of money to spend on your projects. The salaries are good, but not better than in other tech enterprises that employ FPGA engineers. It’s not your pay that I’m talking about, it’s the money you get to spend on whatever you are developing.

Developing a weapon like a fighter jet or a missile is a huge undertaking. All projects of the kind will necessarily need to have financial government backing throughout the entire development process. Given that the lifespan of military hardware typically is several decades, it should be clear that the cash flow has to come in abundance from a stable source.

Furthermore, these companies will pay almost any amount of money to improve the quality of their products. The products are so incredibly high-end that almost any expense is justified. If you can argue that the purchase of some equipment will make the product 0.5% more reliable, you will get to spend the millions.

Everybody has heard the stories about enterprises like Kodak and Blockbuster. New, disruptive technologies wiped them out. Defense companies put a great deal of time an effort into making sure that this won’t happen to them.

In fact, defense firms have an extreme fear of missing out (FOMO) when it comes to tech. They will pursue any new technology as if it was the next big thing.

Let’s say that there is a new technology that arises, technology X. It doesn’t have anything to do with arms at all, but nobody really knows what it could be used for. The proactive defense company will assign a guy for a year or two to research technology X, just in case it could have an impact on their business.

The defense industry may be for you if you enjoy jumping onto unfamiliar problems, rather than getting specialized at some niche.

As I said, you will often find yourself in unfamiliar territory when working as an FPGA developer in the defense industry. Their products are always unconventional. You will have to educate yourself to solve vastly different problems on a regular basis.

I wouldn’t be surprised if there was a higher percentage of PhDs in the defense sector than at your average FPGA mill. The industry seems to value true genius over the number of code lines produced per week.

If you enjoyed academia, you may like the defense industry.

This point is highly subjective, there will always be someone who thinks of you as the scum of earth for developing weapons. But most people agree that a stable democracy needs to have armed forces.

From this follows that someone will have to develop the arms to equip them with. FPGAs are integral parts of modern weapons. As a brilliant FPGA engineer, you can use your skills to leverage the security of the society you are living in as a whole.

Security is a nuisance

A snag of the being a defense contractor is that you are most definitely going to have people spying on you. For the worse, these entities are foreign superpowers. It kind of messes with your mind when you think about it, that there are regimes that will go to great lengths to get to what’s on the screen in front of you.

Fortunately, this isn’t something you have to face all by yourself. There are clearly defined rules for how information shall be handled. All you have to do is to follow the guidelines that are given to you.

The problem is that these rules will get in the way of your work. Defense projects implement military security protocol. This implies that they have multiple levels of secrecy, e.g. “secret”, “top secret”. The higher the clearance level, the higher the hoops you’ll have to jump through.

See something useful on the internet that you want to download to save you from two weeks of work? Forget about it! And it only gets worse for each clearance level. 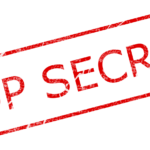 You might be thinking that it would be cool to learn about secret stuff, but it’s really not. They’re not going to tell you what happened at Roswell or something like that. It’s usually just a metric that has to be kept secret.

An example may be the capacity of the fuel tank of a missile. If you know the number (I don’t ?) you can derive the approximate range of the weapon, and that has to be kept secret. To the FPGA engineer the number is totally uninteresting, but nevertheless it will interfere with his work.

The lifespan of a weapons system can be several decades. Think of the famous/infamous Exocet missile which has been around since 1973. Despite pushing 50 years, it’s still being acquired as a state of the art weapons system, for example for India’s new submarines.

India obviously didn’t purchase a missile with technology from 1973, it’s a new missile in an old package. Such weapons systems typically get upgraded every 10-15 years. Even 10 years is ancient from a consumer technology point of view.

This may pose a problem for you as an FPGA designer. You may have to work with old FPGAs that are no longer supported by the software tools. Imagine having to create a new development for a Xilinx Spartan series FPGA.  Vivado, Xilinx’ current design suite doesn’t even support the chip.

For really old designs, it gets even worse. They sometimes rely on software that doesn’t work on modern operating systems. I know there are some people who miss Windows XP, but for most of us this would be a real pain.

Another issue is component obsolescence, meaning that there is some legacy part that isn’t available for purchase anymore. While this is mostly the analog designer’s problem, it may affect you as an FPGA engineer as well. You may have to redesign old FPGAs to interface the replacement parts.

Employment in the defense industry certainly has its advantages, but there will be some frustrations along the way. Things that you wouldn’t have to deal with in any other job.

Working for a defense contractor can be a huge stepping stone in your career as an FPGA engineer. You won’t regret the decision should you choose to accept a job in the industry. Especially if you are fresh out of the university, like I was.

I certainly learned a lot from the senior engineers at the company where I worked. It feels almost like I’ve graduated with a degree in applied FPGA engineering on top of my master’s degree.

I’m creating a new VHDL course in which we will create a dot matrix LED controller using an FPGA. In the course, I will teach you how to design an FPGA project from scratch.

Updated 12th of October 2020: I have completed the course.